Frank Janca is a modern—day master in the truest sense. His impressionist canvases display an emulation of the Baroque and Renaissance Masters married with a refined individual style. Janca insists on personal involvement in every aspect of his paintings. Dissatisfied with the quality of paints commercially available to artists, he grinds his pigment by hand and cooks his own oil mediums, similar to the manner of medieval alchemists. His carefully prepared linen canvases are frequently underpainted in grisaille, a centuries-old technique of painting the forms in grayscale before color is used. Janca then paints the final image with rich, jeweled colors. The results of these efforts are luxurious colors now rare in contemporary work and paintings which will remain in the finest condition for generations to come. The length of a typical painting day for Janca is about 14 hours. Such perseverance has brought Janca’s work to a level reflecting the insight and maturity of a master painter who is recognized as such in the United States and abroad.

Born in Bethesda, Maryland, Janca grew up in Biloxi, Mississippi where he began painting professionally at age 14.  At 23, he moved to New York City to pursue formal artistic training at the Art Students League. There he studied anatomy, perspective, and figure drawing under the guidance of Robert Beverly Hale and David Leffel. He spent countless hours copying Old Masters works at the Metropolitan Museum of Art, and became so involved in the great painters’ lives that he began to learn how to make his own paints. Janca decided the next step would be for him to travel to Europe to paint “en plein air,” and develop his personal style of brushwork and composition. He found much inspiration in the light and landscape of Southern France, especially the area of Alba in the province of Ardeche, where Van Gogh and Cezanne had painted before him. Janca continues travels to Southern France each summer, where he paints on location and teaches workshops at Moulin de Perrot academy. 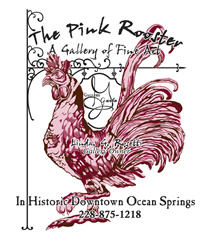